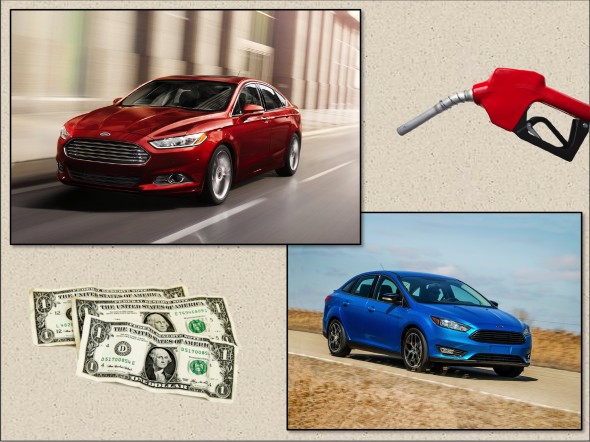 If you could get the same fuel economy from a larger car as you would in a smaller car, which would you choose? For most people, the choice is obvious. As much as I like smaller cars, there’s something to be said for having more room for people and cargo, and maybe a bit less intimidation from tractor-trailers on the highway.

The relationship between MPG and size used to be clear cut – if you wanted to get high mileage, you bought a small car. But with each generation of fuel efficiency advances that are being engineered into midsize and larger cars, small cars lose some of their efficiency luster. 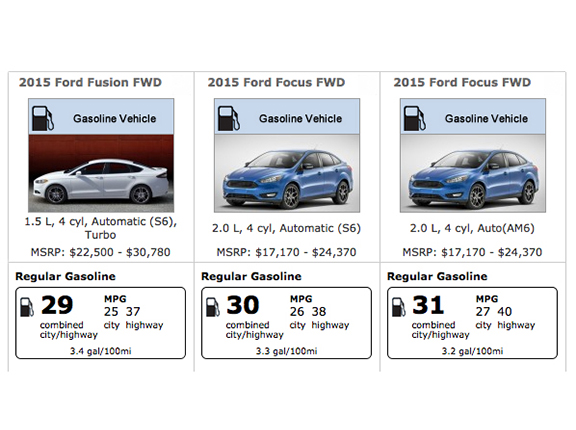 A Tale of Three Fords

So two miles per gallon separates these cars. The Fusion has 100 cu. ft. of passenger volume; the Focus sedan has 90 cu. ft. The Fusion’s trunk is 3 cu. ft. larger. For a family of three or four people, that’s a big difference.

A Handful of Hyundais
Things get even more interesting when comparing midsize and small Hyundai sedans. 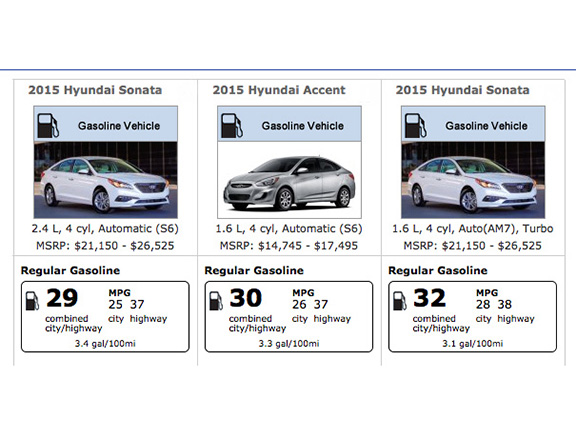 The most fuel-efficient Hyundai Accent is rated at 30 mpg EPA Combined. The thriftiest non-hybrid Sonata, with a new 1.6L turbo-four, is rated at 32 mpg. So you can have extra room and save money at the pump, too. Even the non-turbo, four-cylinder Sonata gets only 1 mpg less than the much smaller Accent.

A Smattering Of Small Cars
Here’s another look at some small cars and their EPA ratings. 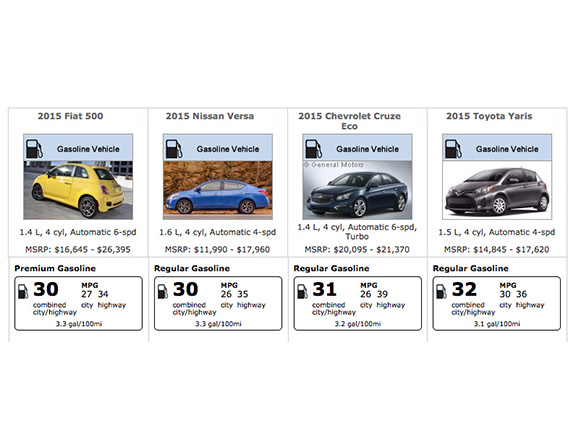 None of these examples presents a compelling case for downsizing. I could certainly argue that a Fiat 500 would be a whole lot more fun to drive than a Ford Fusion, but looking at things rationally, the Fiat and other small cars don’t add up.

Expensive Efficiency
One of the reasons for this disparity in favor of larger cars is that automakers are applying their newest fuel-saving features to this class of vehicle. Notable examples include small turbocharged engines – 1.5 and 1.6L four cylinders – and wide-ratio transmissions, plus stop/start technology and aerodynamic aids. Since small cars have much lower profit margins, automakers seem to be saving these expensive new technologies for larger cars, at least for now.

There’s a real irony here. To borrow the old hot-rodder saying: Fuel economy costs money. How efficient do you want to be? 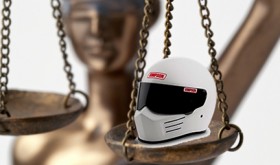 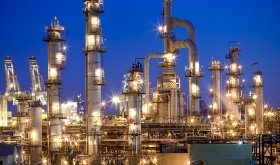 Going “green” is just fine as long as it doesn’t impact your wallet. That’s one of the findings of the Public Policy Institute of California. Dig a little deeper in the study’s findings, however, and you can detect a few caveats.